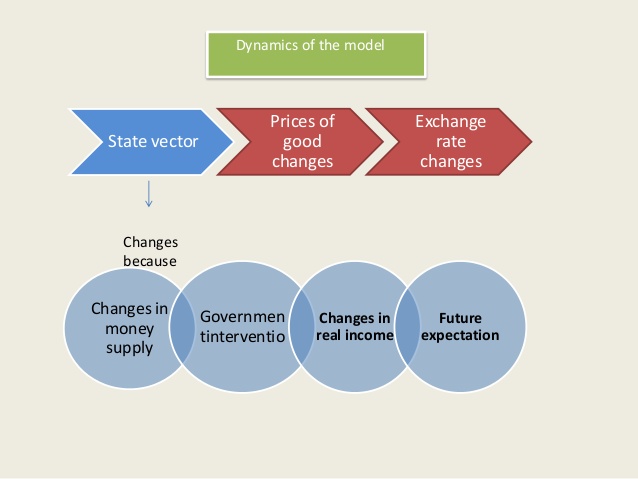 Exchange rates are the leading drivers of any country’s economy and the most analyzed measures in the world economy. Foreign exchange rate is the most important window that gives an insight into a country’s economic health. But have you ever wondered how exchange rates are calculated, what influences them and why are they so crucial to all sectors, including financial institutions, governments and large-scale investment firms?

Foreign exchange rates fluctuate with the changing market forces of demand and supply of various countries’ currencies. If there is a greater demand for goods, there will be an apparent appreciation of the local currency’s value. This article examines the key factors that drive foreign exchange variations, fluctuations and analyzes the reasons behind the volatility.

The inflation rate is the rate at which the level of prices and goods rises. For instance, if the inflation is low in the US, the dollar’s purchasing power will increase in comparison to other currencies. There will be an increase in demand for the purchase of goods in US dollars, and US export will also become competitive. Inflation is generally followed by a boost in increased rates. Hence countries with low inflation rates will automatically see an appreciation in their currency value.

A country’s debt situation is a key influencer of its currency exchange rate. Some public sector projects require large-scale funding and countries engage in deficit financing to pay for them. Although this approach boosts the domestic economy, it will drive away foreign investors as they would not wish to invest in countries with big government debts and public deficits. A negative rating can also make the investors sell the bonds in that currency resulting in a fall in exchange rates.

In the worst-case scenario, the government may need to print currency to pay off the debt but this increase in money supply will lead to inflation. If the government still cannot make up the deficit, it may have to resort to selling more securities to foreigners at low prices. But the buyers may be unwilling to own securities in the currency that has a high risk of defaulting. Due to all these reasons, a country’s debt status is a crucial determinant of its exchange rate.

If the country needs more foreign currency than received through exports and produces more local currency than the foreigner’s demand for imports, it means that the country has a deficit in its current account. This deficit is a result of more expenditure on foreign goods and services than its earnings, leading the government to borrow from other sources to make up the deficit.

This demand for foreign currency lowers the exchange rate to a level that is affordable by foreigners and foreign assets are unaffordable for domestic purchase.

If a country’s economy is overcome by recession, its interest rates will automatically drop, leading to depreciation and reduction in the chances of obtaining foreign capital. This means less foreign currency to the economy and less attractive local currency in the exchange market. Thus the exchange rates drop down to lower levels in response to the diminishing demand.

Apart from economies, the exchange rates are driven by the financial market’s sentiments. If consumers speculate that the exchange will rise in the near future, they will demand more currently to ensure a profitable deal. This increase in demand will make the exchange rate shoot up. The speculator’s views are driven by changes in commodity prices or political events. For instance, if there is a market alert for a rate increase of Euro, the value of the Euro is likely to increase. Generally, a government’s reserve of foreign currency is lower than the daily market turnover. Hence the power of speculators in influencing the exchange rate is quite high.

When tourists travel from their home country to a foreign country, they will gain more worth from a money transfer to that country if their local currency appreciates against the foreign one. On the other hand, depreciation of a country’s currency will invite foreign travelers to spend more in that country.

Leverage the volatile market to your advantageNow that you know all the exchange rate influencers, you can plan your currency strategy around them and the market’s potential volatility. You can buy or sell forex online safely at exact interbank/mid-market rates with zero margins by using the service of only RBI authorized money changers who offers the best value for your currency exchange through their reliable and reputed partners.

Book a Ride to Anywhere in Niagara

Get Your Hands On The eVisa To Myanmar

What To Get Your Girlfriend For Her Birthday?

List of Top school in Abu Dhabi as per ADEK Ratings

How to Learn and Prepare New CCNP Exam

Toonova – To Download HD Cartoons and Anime Series Online for...

What To Get Your Girlfriend For Her Birthday?

List of Top school in Abu Dhabi as per ADEK Ratings

How to Learn and Prepare New CCNP Exam

How YTBPals can boost visibility of your Youtube videos